Find out everything you need to know about the recent budget announcement.

Speak to an adviser
Chancellor Rishi Sunak today outlined the plan to get the UK economy back on track with a focus on reducing borrowing and an age of optimism.

The announcement was rumoured to have forecasted doom, gloom, cuts and a raise in taxes but the Autumn budget has raised the eyebrows of many, projecting a stronger economy despite the overshadow of rising inflation, labour shortages and a demand for fuel.

While admitting that the Coronavirus crisis isn’t over yet, the budget is the first step towards building an economy post-pandemic.

With the budget likely to affect the finances of millions of people in the UK here is a brief guide highlighting what the 2021 Autumn budget could mean for you.

What does the government want to do?

What did the Chancellor say about the economy?

The Chancellor opened by telling the nation: ‘Employment is up. Investment is growing. Public services are improving. The public finances are stabilising.

Today’s Budget delivers a stronger economy for the British people: Stronger growth, with the UK recovering faster than our major competitors.

While our future cannot be dealt with by the government alone, we (the government) will always give people the tools they need to build a better life for themselves.’

Isn’t inflation set to increase though?

It looks that way, especially since the Bank of England (BoE) predicted that rates would rise sooner than expected. Rishi Sunak acknowledged in his speech that the Office for Budget Responsibility OBR predicts inflation will rise to 4% as a result of supply chain issues and rising energy costs.

Commenting on the inflation situation, Rishi Sunak attempted to reassure the nation saying, ‘I have written to the Governor of the Bank of England today to reaffirm their remit to achieve low and stable inflation.’

He added, ‘It would be irresponsible for anyone to pretend that we can solve this overnight. I am in regular communication with finance ministers around the world and it’s clear these are shared global problems, neither unique to the UK, nor possible for us to address on our own.’

Although the income tax and capital gains tax remain the same, the most notable announcement was a rise in national insurance contributions which is earmarked to fund social care. From April 2022, it will increase by 1.25% for both employed and self-employed people earning over £9,568.

The Chancellor announced that Britain will be getting a pay rise with the national living wage being increased to £9.50 from £8.36 which facilitates a pay increase for 5 million public sector workers.

There is also an increase for the younger workers in the country with the national minimum wage for people aged 21-22 rising from £8.36 to £9.18 per hour and apprentice wages rising from £4.30 to £4.81 per hour.

However, it remains to be seen whether these rises will surpass inflation within the next year.

There have been no further changes to the rates of stamp duty with the majority of the chancellor's focus being on an £11.5bn fund towards the construction of 180,000 affordable new build homes - that’s 20% more than the previous programme.

The project will likely help the government reach its target of building 300,000 homes a year by the mid-2020s.

There was also an announcement of £640m a year to help those who are rough sleepers and homeless.

£5bn has been allocated for the removal of unsafe cladding from the highest risk buildings, partly funded by a residential property developers' tax, which will be levied on developers with profits over £25m at a rate of 4%.

The chancellor insisted that infrastructure connects our country and that we must invest in rails and roads to connect us all. £21bn has been allocated for the repair of roads, with 1million more potholes predicted to be filled within the year. £46bn has been set aside for the improval of the UK’s railway lines.

And it’s not just roads and trains that will be improved. The cost of flying between UK locations is also set to change. Brits flying abroad on long-haul flights may see an increase in their cost due to a hike in Air Passenger Duty (APD) in April 2023, however, those flying within the UK on domestic flights will see a 50% decrease in APD, slashing the cost of a ticket.

Speaking on the matter, Rishi Sunak said, ‘Right now, people pay more for return flights within and between the four nations of the United Kingdom than they do when flying home from abroad.

The change will bring people together across the UK, and because they tend to have a greater proportion of domestic passengers, it’s a boost to regional airports like Aberdeen, Belfast, Inverness and Southampton.’

Other measures announced by Chancellor Rishi Sunak in the Budget 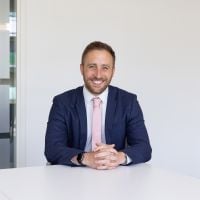